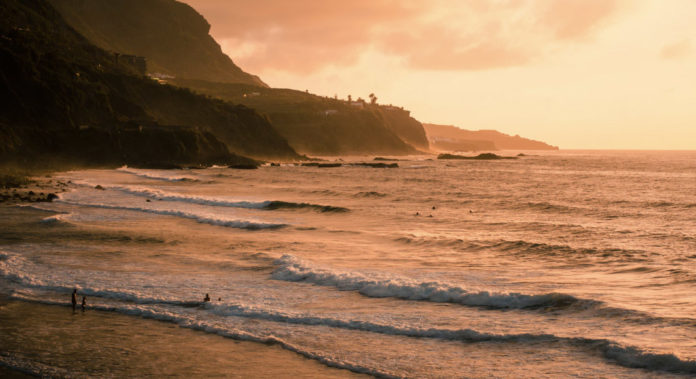 Home Blog The 7 best beaches in spain for surfing lovers

If you’re a surfing enthusiast, you’ll know that destinations like Australia or Indonesia have some of the best surfing beaches in the world. If these dream destinations are too far away for you, don’t worry: Spain also has great places to surf. Despite what it may seem, there are great waves in Spain suitable for all levels, which promise unprecedented fun for those who crave to get on a board and surf. Here are seven of them.

Gran Canaria has good waves all year round. La Cícer has been Gran Canaria’s benchmark spot since the 1970s, both for experts and beginners. It is located on the famous Las Canteras beach, known for being one of the best urban beaches in the world not only for its beauty, but also for all the services it offers. To enjoy the experience of surfing in Gran Canaria, you can stay in one of the hotels such as Lopesan Costa Meloneras in Gran Canaria. Or, if you want more privacy and freedom, you can always rent from the villas in Maspalomas offered by Villa Gran Canaria.

The northern part of Spain, with the Basque Country at the head, is one of the most emblematic places to surf in Spain. On the coast of Zarautz the waves reach 3 meters high, allowing surfers to enjoy the ocean and all its spectacularity. There are countless water sports schools in the area, where beginners can learn to sail on the waves.

Of all the Andalusian coast, Cadiz has the best beaches for surfing such as Tarifa or El Palmar. The cross winds of the area allow the waves to be stupendous. Thanks to its Mediterranean climate it is possible to enjoy the sea almost all year round. The time when the best waves are seen, with more power, is winter. Summer is perfect for beginners to start learning safely.

Crowned by the highest mountain in Spain, Tenerife Island is a real delight for the senses. Its food, its climate, its landscapes, its people… All spectacular! In addition to this, it offers surfing of the highest level and a deep-rooted taste for bodyboarding. Tenerife’s best surfing beaches are found in Puerto de la Cruz, to the north of the island, which offers perfect small waves for learning to surf with companies like Overfly Tenerife. Another good place for surfing in Tenerife is Playa de las Américas, considered the best wave in Tenerife; Igueste stands out for its famous left, which you will surely want to try; as well as El Callao in Punta del Hidalgo, located in the northernmost part of the island, among many, many more places.

Almost the whole Cantabrian province of Santander offers to the tourist stupendous surfer destinations. But Somo could be the place of reference among the most advantaged sportsmen. All year round the waves are formed on the coast of Somo with impetus and restlessness, although the best time to surf in Somo would be the seasons of autumn and spring, when the weather is not extreme -which makes it less dangerous.

One of the best kept secrets for years by the Catalan surfers, is the beach next to the cemetery of Sitges. This beach is one of the favorites of many surfers in Catalonia, especially for those who practice longboarding. The waves of this beach break at the entrance to the port of Sitges and, despite being mostly gentle waves, produce enough strength and distance to make surfing sessions more than satisfactory. Plus, it is the only beach in the Mediterranean Sea that has hosted a test of the state circuit ACL (Association of Longboard Clubs). Access to Sitges by public transport is very easy from bigger cities like Barcelona or Tarragona, where you can rent any of the villas in Catalonia that Catalan Ways has to offer to young surfers at a very good price.

Another of the best beaches in Spain for surfing is in Galicia. This is an ideal destination for intermediate surfers, as it offers long waves that can be easily mastered without the need for a very advanced level. Every year, at the end of August, the Pantín Classic Galicia Pro takes place there, an event that attracts renowned surfers from all over the world and has been declared a Fiesta of Tourist Interest in Galicia. This surfing beach, almost 1 kilometre long, forms a kind of horseshoe with waves almost all year round. The best time to enjoy it is during the winter, but if you choose these dates do not forget to bring a good wetsuit to protect you from the intense cold.

Nextag.co.uk is a portal that aims to offer the best comparisons on hundreds of everyday use items.
Reliable advice, tips and reviews to help the customer in his buying decision.
© Nextag.co.uk - All rights reserved | Privacy Policy | About us | Visit our french sites : Selectool | Ziptuning | 24h00.fr
MORE STORIES